The Northern Golden Orb Weaver or Giant Golden Orb Weaver (Nephila pilipes) – made a home in our garage when we lived in a rather urban part of the island. It was not a welcome squatter as it kept building its golden web in places we had to walk, or work; namely, the washing lines. We tore the webs down, she rebuilt (yeah, ‘she’, the male is smaller than my fingernail – poor fella). 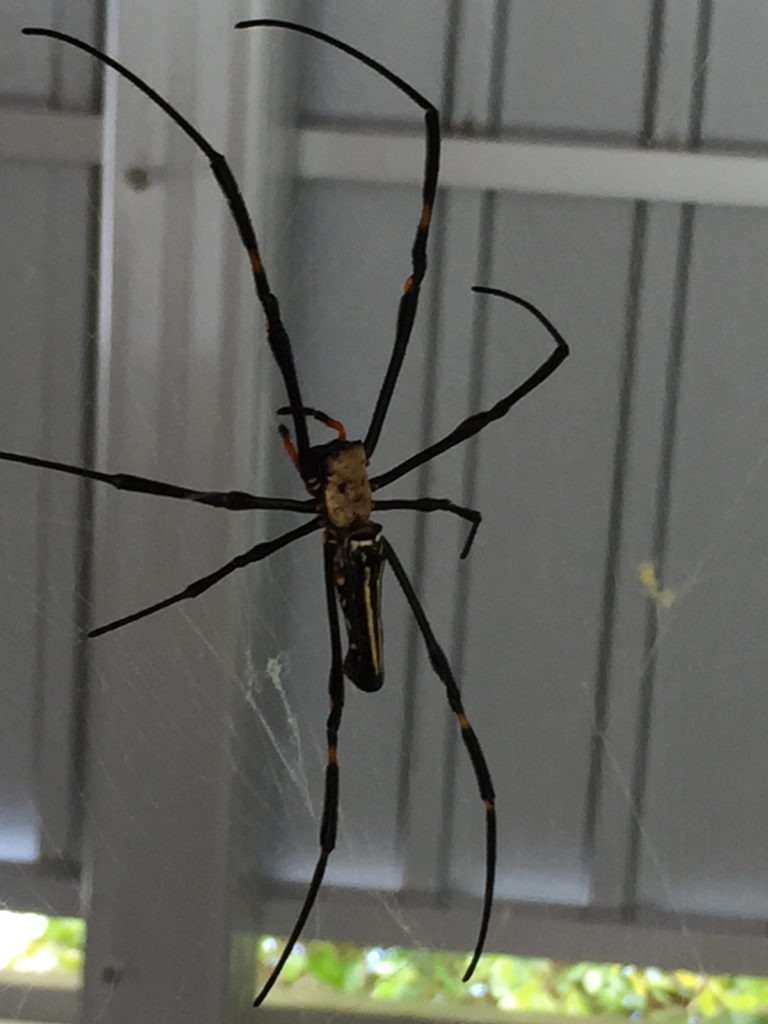 It’s big and could stretch its legs across my palm, if I was so inclined to have held it in my hand, which I wasn’t. It’s also poisonous, but not deadly to humans, apparently. It was not so benign to the smaller critters flying into its orb, and many a fat cicada was gruesomely consumed and its remains discarded on the ground beneath.